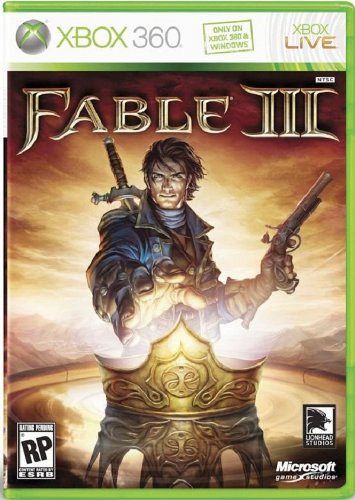 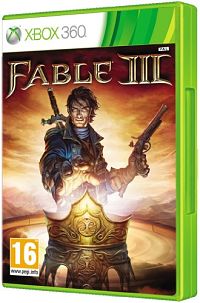 Since its inception, the blockbuster Fable franchise has offered players the opportunity to choose their own destinies as a hero, villain or someone between, where the possibilities are limitless and the consequences can weigh heavily on the path to greatness. In this new adventure, players will witness tyranny, poverty and injustice plague their land. They will see a people divided, and they will be compelled to stand up for change. They will also be forced to answer a question: What would you sacrifice to secure the crown of Albion? Will you uphold the values and principles that led to your ascension, or will you be corrupted by the station you've strived to acquire? Will you be a monarch of the people, or bring the entirety of Albion to the brink of collapse? In the epic story of Fable III, the journey to rule the throne of Albion begins five decades after the events of the last chapter, and you play as the child of your hero from Fable II. As you rule your kingdom as king or queen, you will be called upon to make choices and sacrifices that will test your morality and can affect your entire kingdom. Themes of heroism, leadership and consequence are taken to a grand scale as you fight to unite a divided people.